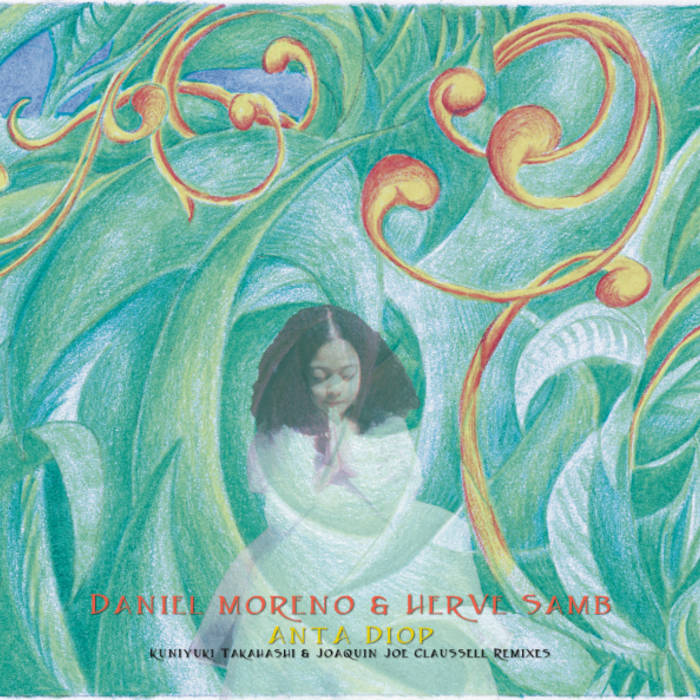 Herve Samb and Daniel Moreno -Anta Diop (SRM-269)
Named after historian, anthropologist, physicist and politician Cheikh Anta Diop from Senegal; Herve Samb and Daniel Moreno pay homage by composing this beautifully performed composition which is featured on their previously released full length CD titled “Kharit”. A must have for anyone who is seeking what seems have become forgotten when it comes to musicianship, spirituality as well as depth and meaning in the music. Among other important issues, Cheikh Anta Diop was one who believed that the political struggle for African independence would not succeed without acknowledging the civilizing role of the African, dating from ancient Egypt. He singled out the contradictions of "the African historians who evades the problem of both Egypt and throughout the continent of Africa.
Continuing on with our mission in upholding purity in music, we’ve enlisted the talents of our good friend and music ally Kuniyuki Takahashi from Sapporo Japan. Not surprising kuniyuki has approached his remix with respect for the original composition, adding only what was needed to see his vision come to life. The results are a celestial expedition into the soul. While listening to Kuni’s rework, we advise you to do so by giving it your undivided attention. What you feel only you will know, however, we are confident that at the very least, somewhere within you, happiness will not only emerge, but a spiritual revolution will begin.