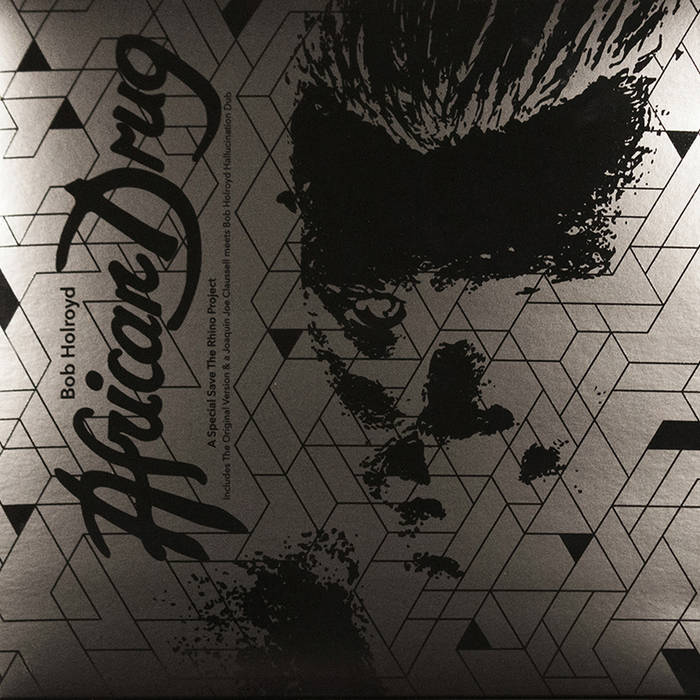 Bob Holroyd - African Drug
( A SPECIAL SAVE THE RHINO PROJECT )

On November 15. 2017, we will be unveiling the release of this very special limited 12",that was created specifically as part of a bigger project, which is to stop the cruelty to the Rhino.

By purchasing this special 12”, you will also be joining with us in the fight that we feel will ultimately end the slathering of the precious living. Together, we can stop not only the Rhino from being hunted and poached, but the Elephant, and so many of other animals who co-exist with us but are currently at the point of extinction.

The 12” Package includes a new Mix by Bob Holroyd himself and a Remix by Joaquin Joe Claussell. The Vinyl will be housed in a very special limited Jacket that was created by none other than, our very own, dope artist named “Akemi Shimada.” The results are not only stunning, but also uniquely executed.

For those of you who remember the days when I was at the helm of Dance Tracks Records New York. But also for those of you who may not: Bob Holroyd’s African Drug quickly become an underground cult classic. It also went on further to captivate the souls of music lovers throughout Japan and all of Europe. At this event, there will be a lecture from Bob Holroyd himself, as well as other dope and conscious moves and things.

A portion of the proceeds from the overall project we garner,will go to Air Shepherd to purchase drones, to help in their efforts to stop the poaching of these magnificent and critically endangered animals.

Thank You for Your Understanding and generosity.

More written information on this cause:

This special 12" was created to raise money to try and stop the rhino being hunted to extinction. A portion of the proceeds will go to Air Shepherd to buy drones to help in their efforts to stop the poaching of these magnificent and critically endanger animals.

Rhino poaching has escalated in recent years and is being driven by the demand for rhino horn in Asian countries, particularly Vietnam. It is used in Traditional Chinese Medicine but more and more commonly now it is used as a status symbol to display someone's success and wealth.

Significant black markets for Rhino horn in China and Vietnam have increased the value of a single rhino horn to as much as $500,000.
This poaching is driving the rhino to extinction. In the past 10 years more than 1000 rhinos have been killed each year in South Africa alone, and there are now thought to be only 10,000 animals left in the wild. In Asia, the numbers are tiny - there are only 63 Javan rhinos known of in the wild, and under 100 sumatran rhinos.