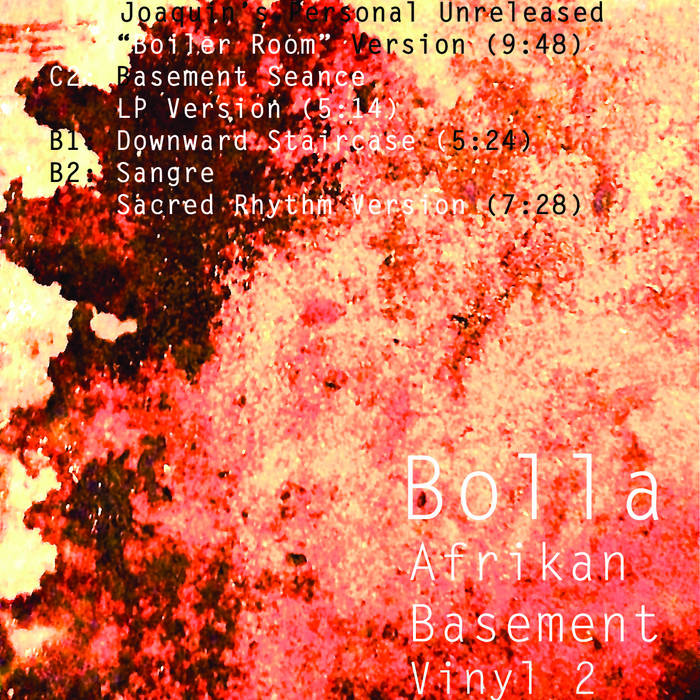 Among 600 copies, limited pressings of Bolla Afrikan Basement parts 1 & 2 combined, we've inserted hand written Codes into 50 of them. Each number is associated to a prize, however 10 numbers in particular will win ten of you one of a 200-limited press of our forthcoming experiments record test series.
First up a 7 inch Box set.
More info on this soon, But for the lucky ones who find the code, please take a photo of it and email it along with your mailing address to Kontakt@sacredrhythmmusic.net


Bolla, titled after a nickname that till this day Joaquin Joe Claussell response to, mostly by his immediate family and childhood friends; is one of many alias projects that he's involved with.

Bolla Afrikan Basement debuted with a warm welcome in 2008 as a limited 7". Initiated on raw Afrikan rhythms and psychedlic vocal and melodic overtones, Afrikan Basement has been exciting DJ's and music lovers alike across the globe ever since and continues to do so with the most recent feat of " Makussa".

We heard the request for the full-length story to be told and it has arrived.