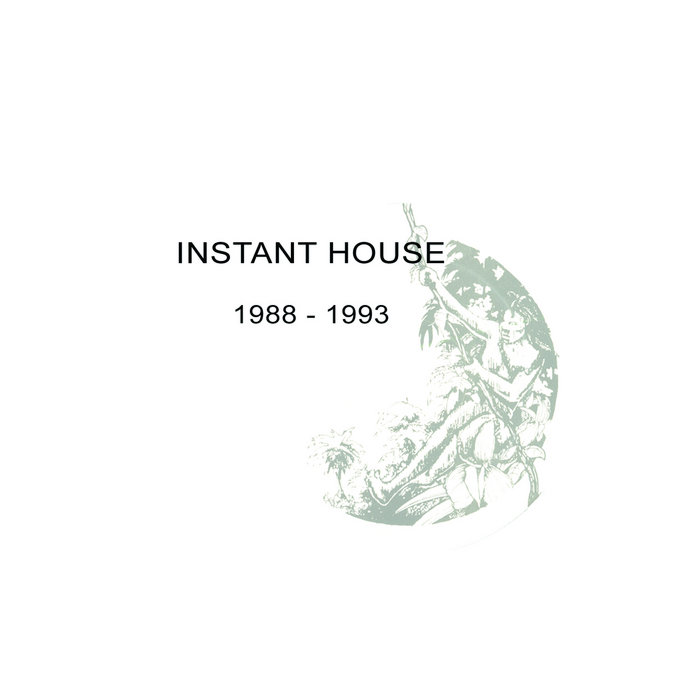 Late -1988
It all began in the East Village in the heart of New York City in the unique raw Dance Tracks record store. Originally owned by Stan Hatzakis, Dance Tracks was known for having the best selection of Underground dance music in the world. It was also a meeting spot where many DJ’s such as Frankie Knuckles, Timmy Regisford, Super DJ Dimiti and Towa Tei of Delite, Francois K, David Mancuso, Danny Krivit and Larry Levan would visit, browse and purchase music.

Late -1992
One day during the middle of winter, Stan and one of his best music customers, Home DJ/Keyboardist Tony Confusione, decided to get together and attempt to create some music collages. They asked me to join them and I accepted with excitement. One early Saturday morning, Stan and I got into a car and headed for Tony’s home music studio, which was in Long Island New York. Amazingly, this casual meeting of 3 music lovers served as the spontaneous formation of “Instant House.” Instant House describes both the process and outcome of our music, which as first was based heavily on sampling records produced by other artists as well as street sounds. On this magical day we produced two cult classics: “Over” (JS 1201) and “Awade” (JS 124). Looking back I believe this was the unexpected birth of my musical calling.

Soon after, Instant House was signed to Jungle Sounds Records, which at the time was operated by the late Adam Goldstone and owned by Paul Thomas. Paul had been a silent financer and adviser to a couple of members of the famed underground New York cult music band “Konk” and was immediately able to appreciate the unique sound we attained through our collages. Not long after their release, both Over and Awade earned the respect and praise of many DJs around the world, and they were in heavy rotation on global radio stations, including England’s number one dance program at the time: Radio 1. Over and Awade were considered secret weapons with heavy play from DJ Timmy Regisford who at the time owned and played at the original “Shelter” on Hubert Street in Tribeca New York – a location formally known as “Area.” This is why one of the mixes on the Awade 12” is titled “The Raw Shelter Mix.” Amazingly, prior to Instant House Stan had no producing experience. I was self-taught - having dabbled with production and equipment such as a Roland JX8P Keyboard and a Teac 3400A open Reel to Reel that I acquired by trading my 35-millimeter camera with my good friend George Ajustiano. Tony held the key that made it all possible. Tony is a self-taught music engineer/keyboardist that I consider to be one of the best that I’ve ever worked with. Each of us brought unique ingredients that made the outcome of our sound possible. Our shared love affair with deep house music was a huge part of what ignited our meeting in the first place.

Till this day, Instant House remains a household name amongst serious music lovers and DJ’s. A few years ago I remixed Awade (JS-010) and it again became an instant hit selling more than 10,000 copies globally. It was licensed by many records labels and top DJ’s, including Louie Vega and Kenny Dope Gonzales. Not long after, Natural Resource Music, a subsidiary of Spiritual Life Music compiled a retrospective of our works on a very limited Vinyl Only compilation titled “Instant House 1988–2003” (NR-008). This compilation included one of Instant House’s archived demo tracks in a format of a cassette tape titled “The Beginning.” Yet again in only a few weeks time, the compilation was completely sold out and is today considered to be one of the rarest of its genre.

Pressured by many request for more Instant House I’ve decided to re-release limited quantities of the Dance Trax Raw EP that will include a bonus demo track from the Instant House archives, a TDK cassette tape format titled “Hat Hat.” Soon after, for first time ever the “Instant House 1988-2003” compilation will be released on CD, manufactured and distributed by Sacred Rhythm Music. This will be an extremely limited one-time release.

The amazing demand for and longevity of Instant House is a testimony to it’s origin: a spontaneous meeting and collaboration of three souls with the purest love for Deep House music rhythms and the spirit of the underground.